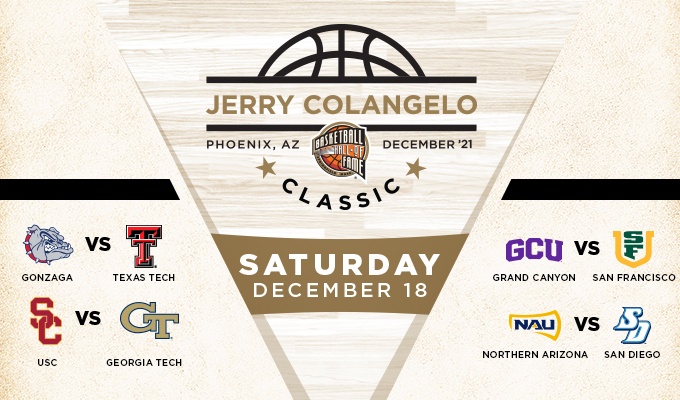 “We look forward to hosting a unique collegiate event in Phoenix, featuring two Arizona teams and honoring Jerry Colangelo, a man who has done so much for the game and the state he calls home,” said John L. Doleva, President and CEO of the Basketball Hall of Fame. “We think this will be a great opportunity for college basketball fans to come out and enjoy the wonderful desert climate this holiday season, while taking in four games at the newly renovated Footprint Center.”

Ticket information, game times, and additional television broadcast details will be released at a later date. As the health and safety of the athletes, fans and staff is of the utmost importance, the Basketball Hall of Fame will continue to monitor the COVID-19 situation closely in the coming months and provide updates as needed.

Use the following links to purchase tickets for either Session 1 or Session 2.